We’re heading into peak hurricane season right now, and — although we’re all crossing our fingers that this year will grant us an unexpected reprieve — the dice are definitely loaded.

But just think: what if the first big storm of the season was named John Boehner? Since 1954, the World Meteorological Organization has been naming extreme storms after people. Wouldn’t it be fitting if they started naming them after the climate deniers in Congress?

Climate change is serious stuff and it endangers communities around the world. This video is less serious, but it does a great job of connecting the issue to some of the folks in Washington standing in the way of progress. It’s too good not to share. Just watch: 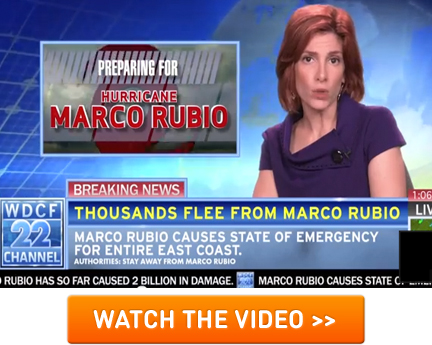 “John Boehner has left a trail of chaos and destruction,” the news reports would say. And the world would have a little — just a little — more justice in it.