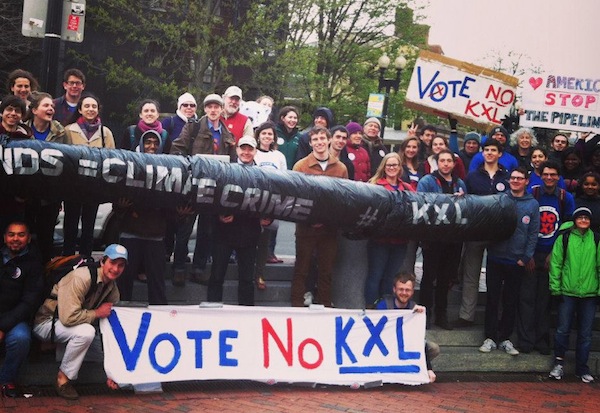 We’ve done a fantastic job showing politicians, the media, and voters that Keystone XL is a bad deal for Massachusetts — and that any politician who supports it is no friend of ours.

We’ve told the world that we need to make sure Stephen Lynch, who supports KXL, stays out of the Senate — and that we want climate champ Ed Markey to represent us instead. Now, there’s only one thing left to do: Vote!!!

Special elections like this one are often low turnout, so we need to make sure the people who do show up are voting to stop the pipeline. A handful of votes could make a big difference tomorrow.

We recommend you carve out a specific time in the day to vote, and put it on your calendar. You can find your polling place here: wheredoivotema.com.

Polls are open from 7 AM to 8 PM. It helps to figure out ahead of time when you want to go vote, and make a plan — that way you’re sure to remember to go.

The choice tomorrow is simple. Ed Markey will vote against Keystone XL, and Stephen Lynch would support it. Let’s put a real climate champion in the Senate and vote for a cleaner, healthier future for all of us, and make Massachusetts proud.

See you at the polls,

Ben and the Vote No KXL Team