I want to share two photos that are important to me, and make one ask that I also think matters.

The first is a photo from from Les Cayes in Haiti that was sent during the 2012 global day of action 350.org held about the impacts of climate change.

I share it because of the sign the kids are holding — “Your actions affect me”. And they were all too right: Les Cayes was thrashed yesterday by the kind of intense hurricane scientists tell us will be an increasing feature of a warming world. I’m thinking about them, and their neighbors constantly. 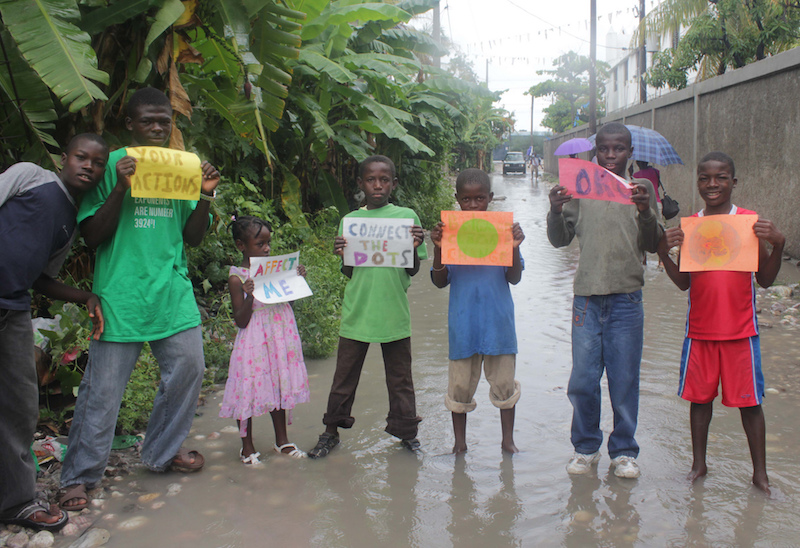 Our actions in the US — and inactions — affect them in big ways, but not vice versa. We’re the world’s superpower. Haiti is not.

Which brings me to photo number two, taken yesterday at Penn State, where I was registering young voters for this fall’s election: 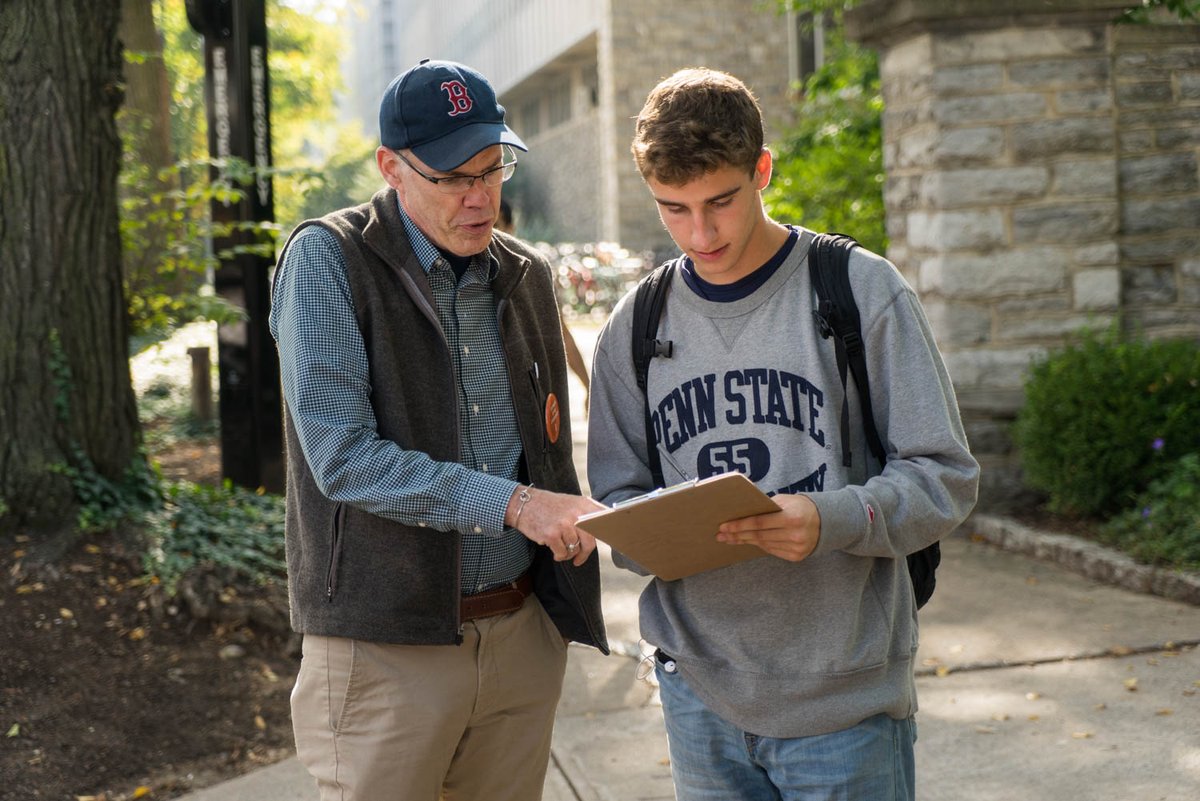 Truth be told, I’d rather still be campaigning for my Vermont neighbor Bernie Sanders, which is how I spent much of last year.

But the students I’ve been talking to (including the wonderful divestment activists at Swarthmore) seem to have gotten to the same place I have: we’ve got to beat Trump.

Because he’s made clear he’d approve the Keystone pipeline his first day in office. Because he’d tear apart the Paris climate agreement, the only agreement the world has ever reached on global warming. We’d go backward when we desperately need to surge forward — for our own sake, and also for places in the world like Les Cayes.

I know some people are skeptical of how much progress we’d make under Hillary Clinton. But I know the power of this movement, and I know we could push with some real hope of success. There are no saviors out there. (Before I introduced Bernie at his campaign launch I told him that if he won I’d probably be chained to his White House fence, because that’s the way it works).

Haiti and Pennsylvania are linked in my mind. Those of us in this country have great leverage over the next month. We can use that time to make calls, to send texts, to get out the vote (if that sounds like the kind of thing you can help with, sign up here). It’s not hard. What’s hard is what’s happening in the wake of Hurricane Matthew to people in Haiti — and what may happen in Florida and South Carolina, where hundreds of thousands are preparing to evacuate.

November 9th, we’ll be able to get back to real politics: the marching, risking arrest, testifying. The question is, who will be our target. If it’s Donald Trump, the next four years are going to be hard as hell, and not just here in the US.

Which is why I’m pitching in to work, and why I hope you will too.

For all the ways you can get involved in 350 Action’s work on this election, check out this page: